The Izaña Atmospheric Research Center (IARC), which is part of the State Meteorological Agency of Spain (AEMET), represents a center of excellence in atmospheric science. It manages four observatories in Tenerife, including the high altitude Izaña Observatory, which was inaugurated in 1916 and has since carried out uninterrupted meteorological and climatological observations and become a WMO Centennial Station.

The Izaña Atmospheric Observatory (IZO) is located on the island of Tenerife, on the top of a mountain plateau at 2373 m a.s.l.  The local wind regime at the site is dominated by north-westerly winds. Clean air and clear sky conditions generally prevail throughout the year. IZO is normally above a temperature inversion layer, generally well established over the island, and below the descending branch of the Hadley cell.  Consequently, it offers excellent conditions for trace gas and aerosol in situ measurements under “free troposphere” conditions, and for atmospheric observations by remote sensing techniques. 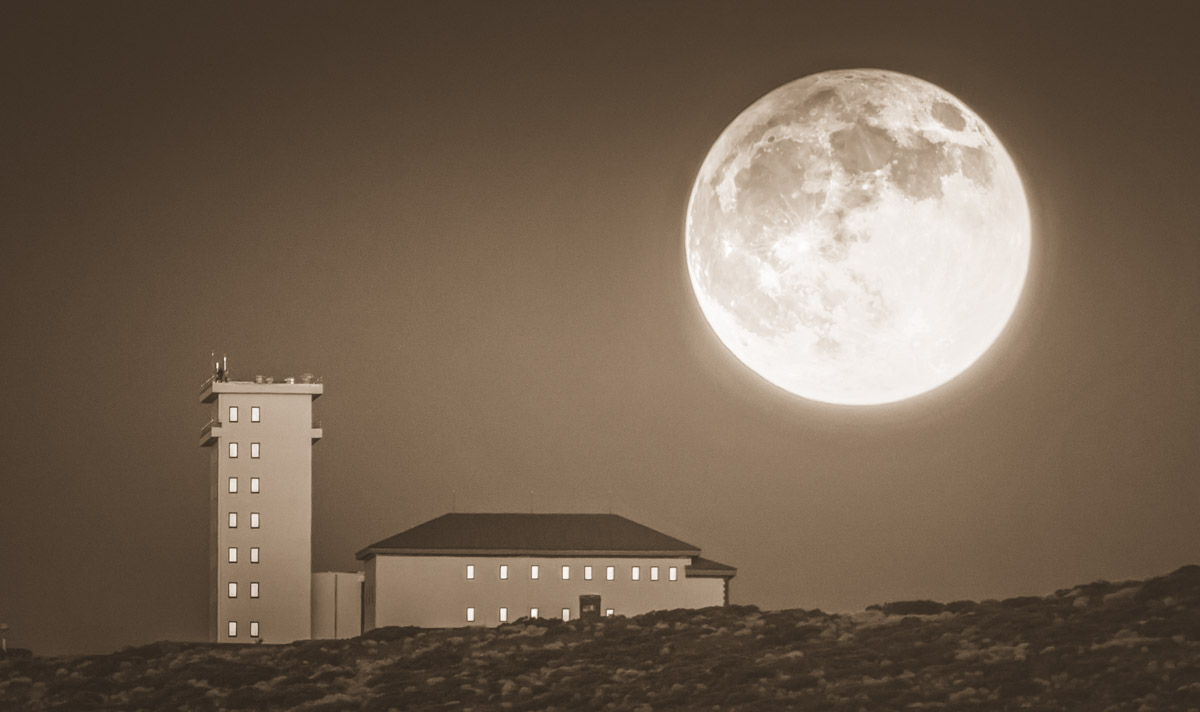 The environmental conditions and pristine skies are optimal for calibration and validation activities of both ground-based and space-borne sensors. Due to its geographic location, it is particularly valuable for the investigation of dust transport from Africa to the North Atlantic Ocean. Since 1984,  Greenhouse Gases and Carbon Cycle program conducted by Izaña Atmospheric Research Centre is to carry out highly accurate atmospheric long-lived greenhouse gas (GHG) in situ continuous measurements at IZO in order to contribute to the GAW-WMO program and from 2021, it will be operating to contribute to the ICOS network as Atmospheric Class 2  Station.

In addition, other greenhouse gases research programs are operational at this observatory.  The FTIR program at the IARC is the result of the close and long-lasting collaboration of more than a decade between the IARC-AEMET and the IMK-ASF-KIT (Institute of Meteorology and Climate ResearchAtmospheric Trace Gases and Remote Sensing, Karlsruhe Institute of Technology, Germany). The IMK-ASF has operated high-resolution ground-based FTS systems for almost two decades and they are leading contributors in developing FTIR inversion algorithms and quality control of FTIR solar measurements. As a result of this collaboration, the FTIR experiment at IZO has contributed to the prestigious international networks NDACC and TCCON since 1999 and 2007, respectively. Also, two portables and low-resolution FTIR spectrometers, the Bruker EM27/SUN, were  installed at IZO in May 2018 and September 2020. These  instruments operate within the recently formed Collaborative Carbon Column Observing Network (COCCON). Therefore, Izaña observatory is an ideal station to link the results obtained by different measurements networks: ICOS, GAW, TCCON, NDACC and COCCON.