El Arenosillo is located in the south-west of the Iberian peninsula close to the Atlantic coastline and next to the Doñana National Park. This station consists of a tall tower with a height of 100 m with auxiliary masts where meteorological sensors at 10, 50 and 100 m are currently installed. The laboratory with the instrumentation to measure the trace gases (CO, CO2 and CH4) at the base of the tower is equipped with air conditioning and temperature and humidity sensors. Additionally, there is another atmospheric observatory located at 450 m from the tower with measurements of trace gases (O3, NOx, SO2, VOCs), aerosols (sub- and super-micron particle size distribution, scattering and backscattering properties, total particle concentration and absorption properties), solar radiation (global, UV) and meteorology (surface and sounding system).

The Arenosillo will provide measurements of great scientific interest to study the transport of air masses from the Atlantic Ocean and the Mediterranean Sea to the interior of the Iberian peninsula and vice versa. In addition, its location next to the Doñana National Park, considered a major hot spot of biodiversity and one of the most important wetlands in Europe, will help to monitor the effects that climate change may have in this ecosystem. This station is part of other research programmes such as the Andalusian regional air quality network and WMO/GAW, NASA/AERONET, NOAA/FAN, ACTRIS, WOUDC and EUBREWNET. 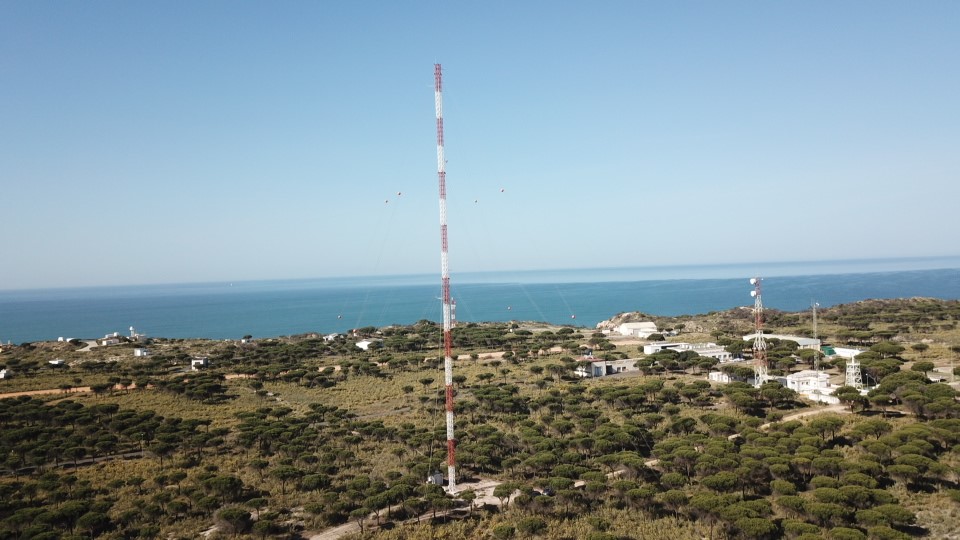